Having your film selected for a festival is always a pleasing belly-warmer. Being nominated for an award is always a surprise, but winning one feels like hitting a home run… Or as someone who’s never hit a home run, it’s like Christmas has come early. Or Hallowe’en for me. It’s not only validation, it’s reassurance that you’ve found your tribe.

Recently, Blood Shed hit its stride – a second wind – with awards and nominations. We were awarded the Best International Short Film award by The Golden Skull Film Festival in Glasgow. It is THE golden skull, and a thing a beauty.

Then we won the Hollywood Horrorfest Best Comedy medal in grand old Hollywood! The medal is in transit and we’re raiding the postbox daily. 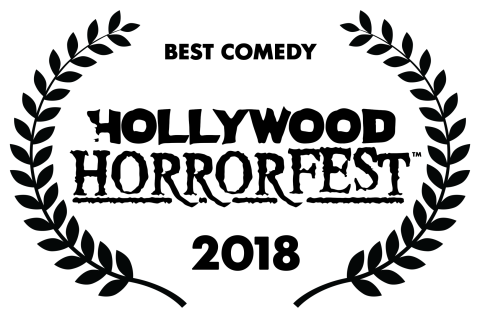 And we’ve been nominated for three awards at FilmQuest in Utah, and two at GenreBlast in Virginia! Both festivals take place in September, so we’re counting the days eagerly awaiting the outcome! 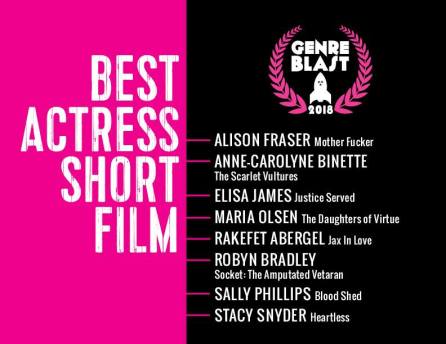 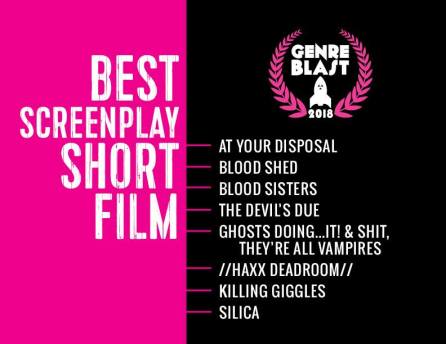 Blood Shed is also scheduled to screen at major awards qualifier Encounters in September, with a list of festivals waiting to be announced.