KEEN-wah is set to have its fantastic New York Premiere this Sunday, 11th November!

Yes, my little zombie flick will screen at Iron Mule Short Comedy Film Festival at the gorgeous new Alamo Drafthouse cinema in Brooklyn. I love New York – it’s probably my favourite place on Earth and I’ve been about eight times now – and I’d go every week if I could, so knowing that an NY audience will get to see KEEN-wah really means a lot to me.

Iron Mule have a great history and have been running for 14 years and screened more than 1,100 films, including early work from celebrated filmmakers and comedians such as Stephen Colbert, Seth Macfarlane, Lena Dunham and Aziz Ansari. I’m extremely proud to be in such great company!

There are special guest judges at each screening who pick a winning film, but the lovely audience also get to select their favourite! So fingers and toes are very much crossed, but the line up of films selected is rather impressive.

Tickets are only $12 and on sale now, so if you’re in NY, WHAT ARE YOU WAITING FOR?! Please go along, and tell me how fabulous it is… While I cry about not being able to be there. 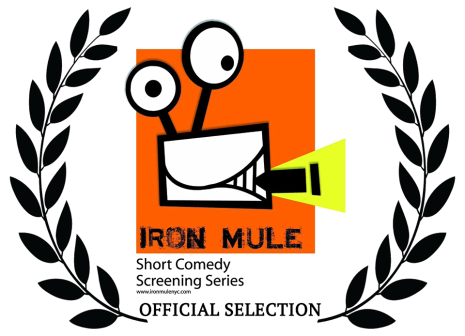