This year’s Massive Blood Drive PSA by Jen Soska and Sylvia Soska (Twisted Twin Productions) has been unleashed! And it’s AWESOME! And us Bloody Nurses (Lucy Clements, Jessica Messenger and I) are featured and on hand to help persuade you to donate blood.

The PSA is an annual video as part of Women in Horror Month, celebrating female talent in horror, and aims to encourage people to donate blood and help save lives – after all, it’s in you to give! The incredible Soska Sisters invite filmmakers from across the globe to participate and in the PSA and cherry pick the best content for a staggering compilation. This year it’s a music video to a song called ‘Blood’ by Kevin James Maher of Fake Shark.

Our Bloody Nurses segment was directed by Damon Rickard. I was really chuffed to be cast, and the team, including DoP Jack Ayers, Make up artist Hannah Lomas and on-set photographer, Mike Shawcross, did a fantastic job.

The PSA features great contributions from some super cool, super hot talent – all are listed in the YouTube credits. There are so, so many that it didn’t seem fair to just mention part of the credits here.

The full Bloody Nurses video has now also been released!  There is also an exclusive version with a special voice over that will be screened at Horror Channel FrightFest in Glasgow later this month.

I had great fun shooting this. It was an epic team and who doesn’t love playing nurse for the day, getting covered in fake blood and playing with weapons and organs to raise awareness for a great cause? Exactly. Enjoy!

Fantastic news! Bloody Nurses, in which I played one of the three deadly bloody nurses, for the  Soska Sisters’ Blood Drive PSA, directed by Damon Rickard (The Package, The Tour), will also play as an exclusive ident for Horror Channel FrightFest in Glasgow from 23rd to 25th February.

There’s a little extra content there just for FrightFest and my specially recorded voice over, so treat it like an Easter egg. I’m so pleased it’ll be seen on the big screen, by a wider audience and help spread the message for the Blood Drive – so go and give blood – #inyoutogive. I was very lucky to be cast alongside the extremely talented and beautiful Lucy Clements and Jessica Messenger –  a joy to work with.

It’s an incredible line up for FrightFest in Glasgow this year, including The Warrior’s Gate written by Luc Besson and Robert Mark Kamen and directed by Matthias Hoene (Cockneys vs Zombies), Phantasm: Remastered, and a special preview screening of Julia Ducournau’s Raw, which I’ve been desperate to see for months. So get yourselves to Glasgow for the best weekend of your life! 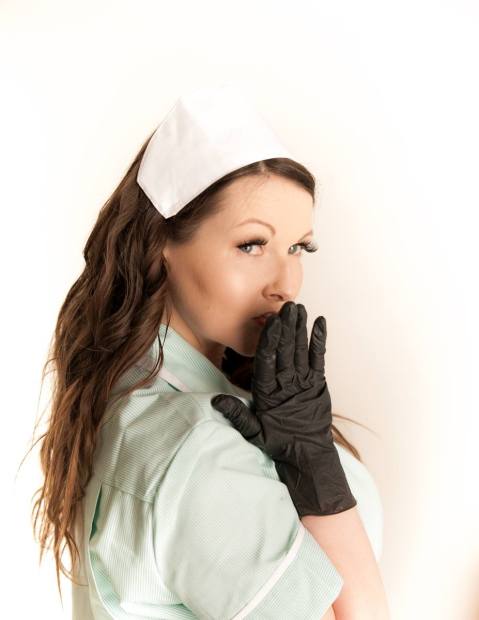 I’m very pleased to support #WHIM this year, with Connie screening at one event and I’m also part of a panel discussion at another: 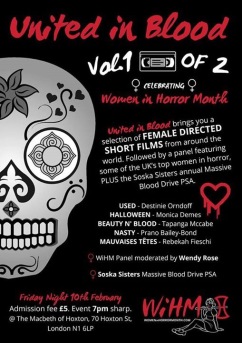 If those line ups aren’t persuasive enough to get you to come and support, Connie has thrown in her two cents worth in a very special video announcement made especially to promote her screening:

Connie will also be screening in Dublin on Sunday 19th February – our Irish premiere, as part of another WIHM event!

I also played a nurse for director Damon Rickard for his contribution to the amazing Soska Sisters Blood Drive PSA, Bloody Nurses. It was a really fun shoot and a fantastic way to kick off 2017. For now though, here’s some behind the scenes and official stills from the shoot until the bloody video is unleashed on you all! 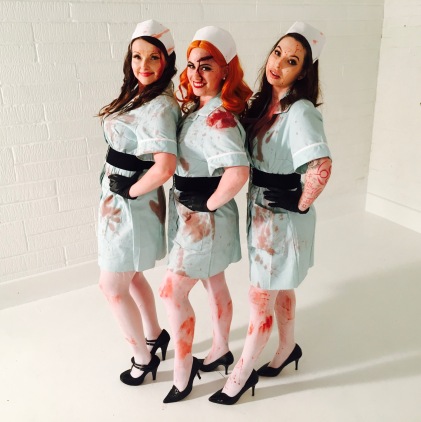 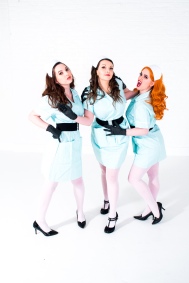 So, spread the word about these arse-kicking events and let’s celebrate female talent in horror! Shout about them from the rooftops, and enjoy the films!