An extended article I wrote for the spectacular new print magazine Film Stories has now been published. The feature is about the too often overlooked 90s rom com Jack & Sarah, starring Richard E. Grant, Samantha Mathis, Sir Ian McKellen, Dame Judi Dench and Dame Eileen Atkins. Spread across five pages, I argue that the film is well worth a revisit and discuss its many merits. It includes extracts from an exclusive interview I did with the writer/director, Tim Sullivan, who was very generous with his time and shared so many interesting stories about the making of his ‘baby.’

Film Stories, Issue 5, is available now from the BFI Shop, WHSmiths and via mail order. It’s a snip at just £5.99, or it’s even cheaper if you opt for a subscription deal! This issue also includes:

So don’t miss out! And I hope you enjoy reading my lovingly crafted article!

Excellent news! We’ve struck a licensing deal with the brilliant Shorts International to broadcast Connie on ShortsTV in North America, Europe and South Asia for five years from late 2018. ShortsTV is the world’s first 24/7 HD TV channel dedicated to shorts. This is a very exciting agreement as the ShortsTV channels are currently available to approximately 25 million homes! I can’t wait for Connie to reach a wider audience and for the little puppet to expose herself on TV!

PLUS, Connie shortly be added to the ShortsTV online stores on Amazon (UK, USA and Germany) and iTunes (in over 80 countries) for purchase! So anyone who hasn’t managed to catch little felt diva at festivals can see her on the tellybox or online! Launch date details coming soon!

Great news! Connie has won big at GenreBlast Film Festival 2017 in Virginia, USA! Connie scooped the Funniest Short Film award this month following the State Premiere at the festival, where my little short screened alongside the opening feature film, Guardians. 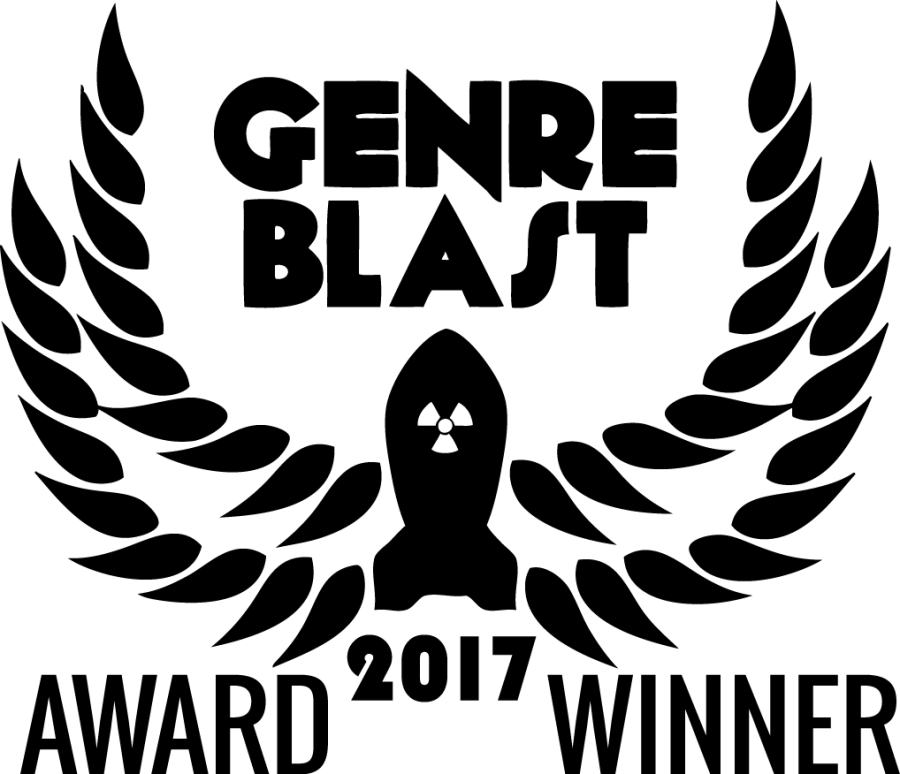 GenreBlast is an awesome festival and the comedy shorts selection was really amazing, so I’m totally blown away that the film has actually bagged the award. You just never really know when you write a comedy if people are going to get your sense of humour. You can edit, rewrite and share with your team and crew and have all the laughs in the world on set, but you still have to hope that the film finds its tribe in on the festival scene and in the big bad world. Thankfully, Connie has, and I’m thrilled that GenreBlast wanted to recognise my work in this way.

Connie was also nominated in two other categories against impressive competition – Best Actress and the female writer/director award.

Massive congrats to all the nominees and winners at GenreBlast, and a big thank you to the festival team for including us in the festival. The selection was amazing and communication before, during and after the festival has been great – a festival really worth submitting to and being part of. We couldn’t be there in person, but will definitely be submitting more work in future and hope to make it over to join the party one day.

There are more festival announcements and screenings still to come for Connie as she continues to stomp around the globe – thrilling, touching and offending as many wonderful people as she can well into 2018! These are regularly added to the Screenings page on the official Connie site.